Have you met Emily? 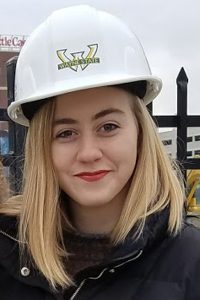 You've probably seen her hosting several Facebook Live (opens new window) events, or maybe you've followed along with her on Food Fridays (opens new window) or even seen her interview Gloria Steinem (opens new window) (OMG that really happened!). You've seen her from afar, now's your chance to get to know the student who gives life to the Wayne State social accounts!

Emily was hired as a Student Assistant in another part of the Marketing and Communications office (opens new window) a few years back and we kept hearing how awesome she was. When the opportunity arose for us to work with her, we jumped on it and Emily now has been splitting her time with Social Media Marketing (opens new window) and Event Marketing for the last year.

Emily quickly became an integral part of the social team. Almost instantly she was the single voice on Snapchat, the sole manager of Photo of the Day (opens new window) and rocking everything and anything else we asked of her. I joke that we could use the hashtag #WhatCantOurInternDo because she does everything so well and just about always exceeds our expectations. 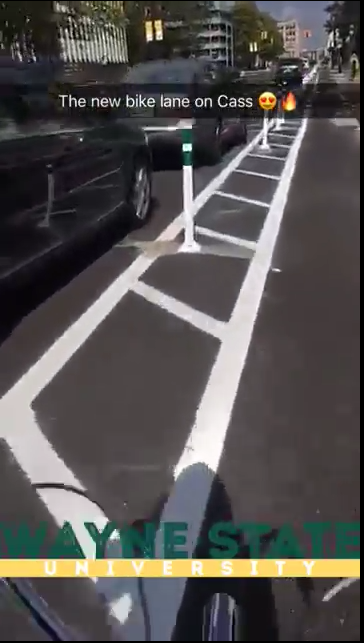 As someone who loves DIY and being creative, she uses those skills weekly in this position. On National Flip Flop Day (Yep, that's a thing), she crocheted our Little W Flip Flops. Another day she spent carving a pumpkin with the new #WarriorStrong hashtag. She's taught herself to create stop motion movies that have been used on Snapchat, Instagram and as promotional videos for Financial Aid. Seriously, #WhatCan'tOurInternDo?

Happy National Flip Flop Day! I’ve got mine on and I’m ready for some summer fun. Anybody up for a game of Coinhole? (opens new window)

Emily Connelly came to Wayne State via Bay City and Grand Blanc. She was craving more culture and diversity in her life and knew Detroit and Wayne State is where she needed to be. Now, heading into her senior year as a PR/Political Science major, she is excited about the opportunities that are in front of her.

Q and A with Emily:

Q1: What do you love about social media?

A1: Everyone has a voice, it's all equal. Anyone, no matter who they are can go viral.

Q2: What do you hate about social media?

A1:  That it perpetuates hate speech and that people are surrounded by others with the same idea.

Q3: What was your favorite class (so far)?

A3. Research Methods with Rosie Jahng. At first, I was scared of this class. Communication majors usually don't want to do math, but it wasn't bad. It was actually cool. Made me think about doing what Rosie does or maybe going into research. I don't think that will happen, but it did make me think about it.

Q4. What do you like best about the PR program?

A4. The PR program is a tight-knit group. You wouldn't think for undergrad, but it is. You get to go from class to class with everyone and get to know the group. Shelly Najor is our leader and guides us through.

Although we can't bear to think of losing her when she graduates (even though that is why she is here) I personally look forward to seeing where her degree and can-do-anything spirit takes her! 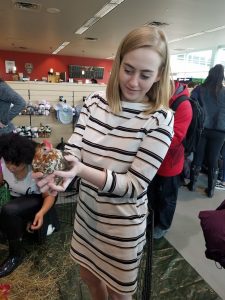